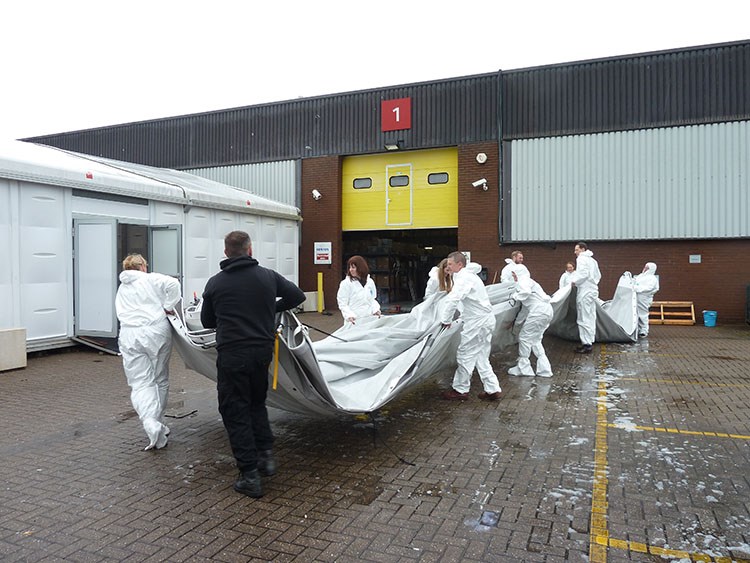 Kenyon’s Operational Response Services are designed to be engaged anywhere in the world, at any time and to be fully flexible; they stand-alone in their own right, but each is also fully integrated with the other services; this allows organisations to select the Response Services that are most appropriate to the capacity of their existing crisis organisation and the complexity of their operations.

Kenyon’s full-time staff are supported by over 2,000 skilled individuals (from 79 Nations and speaking about 70 languages) who are ready to lend their expertise and time to provide the backbone of a Kenyon response.

In the past 12 months alone our teams have responded on behalf of our Clients to 15 incidents, providing support, experience and order during extremely challenging times.

Deployments in the past 6 months have included:

Following the crash of a cargo aircraft in Texas, Kenyon was activated to provide all five of its services. The Kenyon International Call Centre took calls from the families/friends of the three Persons Directly Affected (PDAs) involved in the incident. The Media Call Centre took calls from the media and worked closely with Crisis Communications to assist the Client with producing statements, reviewing marketing material and providing answers to frequently asked questions. Disaster Human Services activated to set up a Family Assistance Centre, staffed with Special Assistance Team Members, a safe distance away from the incident to support the families and to provide Ante-Mortem resources, Conference Bridge facilities and Mental Health Support. Disaster Recovery Services were also activated to help provide Personal Effects processing.

Amazingly, in this quarter we received a flurry of Personal Effects claims for items recovered from an airline crash site dating back four years (to 2015), most notably mobile phones that have been able to be associated via a phone’s IMEI number. In total, three mobile phones belonging to two PDAs have been returned to their respective families.

Kenyon was activated following a road traffic collision in Los Angeles that resulted in the airline tragically losing one of their Captains. Kenyon provided assistance, facilitating the repatriation by sending a Shipping and Repatriation Manager to Los Angeles to oversee the arrangements and collect the Captain’s Personal Effects. The Personal Effects were brought back to the UK where they were processed, made safe of bio-hazard and returned to the family involved.

Following two related terrorist attacks, one on a convoy carrying a Client’s employees and subcontractors 12 miles from their complex and the other on a Client’s subcontractor’s building, Kenyon activated to provide Call Centre services. Of the 18 PDAs attacked, one passed away, two suffered minor injuries and two, sustaining major injuries, were medevacked to Johannesburg, South Africa. Kenyon provided four Special Assistance Team Members to support the medevacked PDAs and their families. Kenyon also provided logistic and financial support until the PDAs were fit to return home. Two Mental Health Support Lines were also provided for those involved in the incident and any Client employees who needed support.

The processing of Personal Effects following a large accommodation block fire has continued into its third year with the Team still working hard with visits and deliveries to families. Most significantly, the destruction process has commenced with a team systematically completing the destruction on-site one box at a time. The items are destroyed on-site so that they are rendered useless and then broken down into the relevant waste stream. The full containers are then collected from our facility and driven directly to the incinerator where we have a specified slot and where only our items are destroyed at that time. We are then provided with a Certificate of Secure Destruction. The reason that the items are destroyed on-site is that, in the remote possibility that the items were intercepted enroute to the incinerator, the items have already been rendered useless. The entire incineration process is recorded and photographed for evidence.