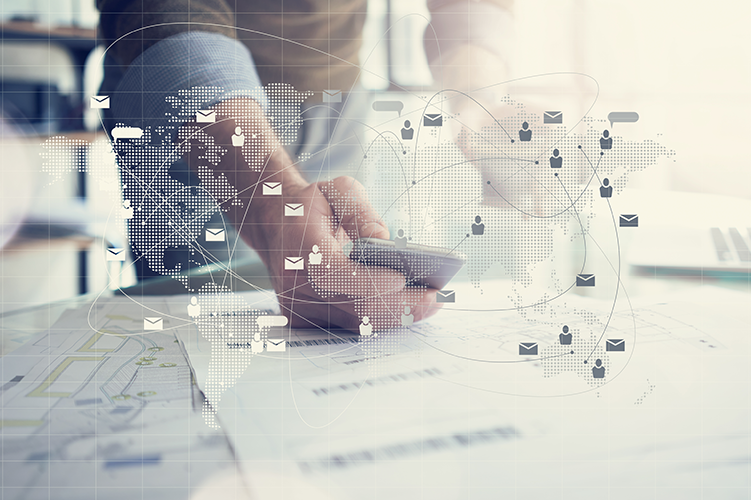 Based in London and at Kenyon’s base in Bracknell, Berkshire, Donald will continue to operate his own public relations portfolio business alongside this new role. Donald has been an associate director of crisis communications at Kenyon for the past decade. His extensive experience includes an 11-year stint as chief communications adviser and spokesman at the British Broadcasting Corporation. He is a former radio presenter and producer. He is an associate director of leading aviation UK PR company, Johnston Associates, based at London Heathrow, and lectures regularly on crisis communications at the London School of Economics and the China Media Centre at the University of Westminster. He is a member of the Aviation Futures think tank at the UK Civil Aviation Authority, a Fellow of the Chartered Institute of Public Relations and a Fellow of the Royal Society of Arts. He is widely admired as an international speaker and trainer with appearances as far afield as New York, Toronto, the United Arab Emirates, Northern Macedonia, Stockholm, Hong Kong, Singapore and Sydney.

“Kenyon is the world’s leading disaster responder, with major fully equipped bases in strategic locations worldwide, and more incident experience than any other company. If an emergency occurs, Kenyon has the equipment and personnel ready for immediate response, something that is unique in our market. Donald is already well known to many of our clients after 10 years at Kenyon. He is ideally placed to lead the crisis communications service. A globally respected senior practitioner, he brings outstanding international crisis and leadership experience. We are delighted to offer our clients a compelling crisis communications service which is ready to meet their changing needs in these very challenging times,” stated Kenyon Managing Director Conor Prendergast.

Susan has worked globally in corporate communications with a focus on issues and crisis response as well as risk and contingency planning for more than 25 years. Her career includes work in the aviation industry, having held worldwide responsibility for public relations and crisis communications for Emirates Airlines and a group of 50+ subsidiary companies in Dubai. She also held a similar position at aviation IT technology company SITA, based in Geneva. Prior to consulting, Brown most recently led global communications for PwC which included extensive issues monitoring and management, crisis planning and training across 158 territories. She brings cross-cultural communications expertise and a global mindset having lived and worked in the US, Germany, the Netherlands, the UAE and Switzerland.

Peter is an issues and crisis communications specialist, with over 20 years of experience, spent in senior roles in-house and for a number of globally recognised agencies. Previously the Head of Communications for BBC News, his extensive experience across many sectors includes leading blue-chip brands such as Visa, Intel, Zurich, P&G, Pfizer and GSK. Along with a crisis communications practice, he lectures at the University of Sydney.

Yolande Khoury joins as an Associate Director, Crisis Communications, based in Beirut.

Yolande is well known as a TV news reporter, anchor and producer in the region and has worked for channels in Lebanon, UAE, Qatar and Yemen, subsequently becoming Chief News Editor. Her work includes noted documentaries, admired international events coverage and interviews with international personalities and political figures. She spent a period as communications advisor and foreign press attachée for Lebanese Prime Minister Najib Mikati, especially during his mission to the UN. She is in demand as a media coach to Arab personalities and executives, as well as a trainer to news anchors and reporters. She has also been a lecturer on TV journalism at a number of Lebanese universities.

Updesh Kapur joins the team as Associate Director, Crisis Communications. He will first join the Europe team, which includes Donald Steel, Kevin Johnston at London Heathrow, Carles Montana in Madrid and Tom Christides in Helsinki, before moving to the UAE.

Updesh is an experienced Gulf-based senior strategic communications professional and former UK aviation, travel, business journalist and author in a career spanning over 35 years. After 19 years in senior news editorial positions with leading media outlets, including Travel Weekly, Sky News and Euromoney in the UK, and Travel Asia in Singapore, he spent much of the last 16 years in the Middle East at two of the world’s leading airlines — Qatar Airways and Etihad Airways — as Global Head of Corporate Communications. He was responsible for C-level communications, crisis, speech writing, media training, and route, aircraft and product launches reporting to dynamic airline leaders Akbar Al Baker and James Hogan, respectively. His airline communication experience also includes Virgin Atlantic and Singapore Airlines in the UK and Singapore. Prior to his current role as Director of Strategy at Cicero & Bernay Public Relations in Dubai, he was Senior Director at APCO Worldwide in Dubai, Head of Press Office at Qatar Foundation, and enjoyed a weekly travel column at Gulf Times in the Qatari capital Doha.

Kenyon plans further additions to its strengthened crisis communications team in Asia Pacific and Africa. Kenyon also intends to launch innovative, new training courses, which will include a range of remote, online services for Kenyon’s 600+ retained clients to suit their operational needs and reduce travelling times and environmental impact.

“For 120 years, Kenyon has responded to serious incidents and disasters. Kenyon is highly focussed on supporting people affected in incidents and on protecting businesses in a crisis. Crisis communications plays a critical role in this,” stated Donald. “Our growing team of exceptional communications professionals offer clients geographical and language capabilities to meet their training and emergency response needs. Our crisis communications service was the first in our sector and I am proud to have retained and attracted such distinguished individuals who are ideally placed to offer senior counsel to our clients, based on recent front-line experience.”

About Kenyon International Emergency Services
Kenyon is the international leader in worldwide disaster management, providing pre-incident crisis planning and post-emergency response services on behalf of many of the world’s foremost companies. Privately owned and with over a hundred years’ experience, it remains the only firm in its business with comprehensive resources and experience in every type of mass fatality accident, including aviation, industrial and natural disasters, war and terror attacks. Headquartered in Houston, Texas, Kenyon has its main operational facility in Bracknell, UK and representation in Sydney, Australia, Santo Domingo, Dominican Republic and Beirut, Lebanon. Learn more at www.KenyonInternational.com.