In 2010, a runway crash at a Libyan airport resulted in 103 people killed, the majority of which were Dutch citizens. As a result of meetings with the airline, a Kenyon client, and the Libyan Government, Kenyon was requested to conduct a full operational response including deceased victim identification, family assistance centre and support, deceased repatriation and management of personal effects. Kenyon also opened its Emergency Management Centre (EMC) in the UK to support the operation. 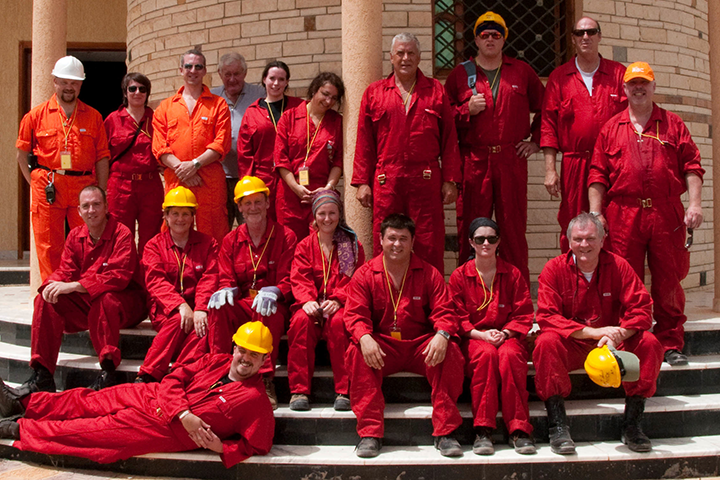 The National Dutch Disaster Victim Identification (DVI) team was deployed to the incident site with instructions from Dutch officials to conduct the identification procedures on all Dutch citizens killed in the incident.

Dutch officials had advised the Dutch families of the victims not to travel to the incident site, where the Family Assistance Centre (FAC) had been set up by Kenyon.

At the incident site, immediate discussions occurred between Kenyon, the airline, Libyan Government, Dutch DVI Team and Dutch Foreign Affairs to clarify respective roles and responsibilities, an agreement was reached that the Dutch DVI team would perform the deceased post mortem and identification of the deceased supported by Kenyon.

One day after the accident, a team of approximately 20 Kenyon personnel was dispatched from the UK to the incident site including an incident assessment team, operational specialists and a core group of Family Assistance personnel.

Kenyon was responsible for the repatriation of all international deceased from the city where the accident took place to their next of kin in their home country.

In excess of 8,200 items of Personal Effects (PE) were collected from the victims and the incident site. Kenyon was responsible for site collection, recording, cleaning, inventorying, photographing, cataloging and arranging the return of the items to the next of kin. The process took more than six months.

All 103 deceased were positively identified within one month, providing confirmation to the families of the death of their loved ones.

Over 8,200 items of personnel effects were collected and managed by Kenyon. Kenyon provided support and assistance to over 20 families within the FAC, the Centre remained open for the length of the response operation.

A large number of personal items of the victims located at the site have been returned to family members assisting the families in the grieving process.

The airline responded to the incident in a positive and professional manner providing appropriate support and assistance to the families. The action taken by the airline is in conformance with the recommended guidelines from IATA.

Kenyon provided the airline and the Libyan government with a timely comprehensive disaster victim identification response which performed a major role in the identification of all 103 victims of the incident and the return of personnel effects.